As you may know, the Grinch was in Bellevue during light up night. Prior to the event, the Mayor received a suspicious photo of the Grinch in her office. After further investigation, we've determined that they Grinch broke into the Mayors office and stole the key to the city before proceeding to climb up on the roof of the State Farm building to start a snowball fight with residents. We are asking the kids of Bellevue to help us find the Grinch so that we can get the key to the city back. 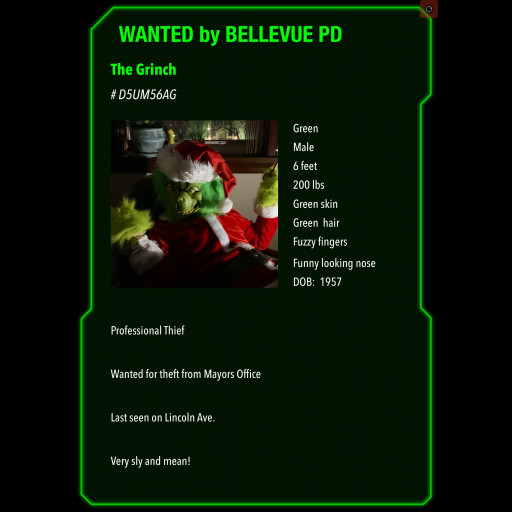